As with most countries around the world, Australia has a bit of a love-hate relationship with gambling. We’re all familiar with the saying ‘the house always wins’ and that gambling addiction can be just as serious as something like alcoholism. However, on the flip side, there are the times when you grab the gang and head out to the casino for a night out playing the tables and the machines while downing a couple of drinks, or pop down to the local RSL for a parma and hit or two on the pokies for lunch.

The difference between the states

When we’re talking about the popularity of pokies in Australia (often referred to as slot machines or slots in other parts of the world), you really need to take a look at popularity on a state-by-state basis.

The reason behind the need to separate up the states (and territories, we see you NT and ACT) is due to different legislation surrounding pokies in different states.

For example, the only place that you’ll be able to play the pokies in Western Australia is at the state’s one (and only) casino, Crown Casino in Burswood. Even within the casino itself there, the rules surrounding games available, betting limits, game, and feature types, etc. differ from other states – they are a lot stricter.

If you head on over to NSW, on the other hand, they’re in the process of building a brand-new casino in the casino, another Crown casino of the same brand as over West, to rival the city’s Star Casino, just a few kilometres away. There are also pokies available to play in plenty of venues across the state, including the aforementioned RSLs. There are different rules and games between what’s available at the casinos and what’s available in these other venues.

As you can imagine, the number of people playing the pokies in Australia is guided by the state’s pokie availability. Pokies are seen somewhat of a novelty in Perth, with only perhaps a handful of hardcore players, plus tourists who are used to playing them elsewhere, all within the one gaming floor facility.

Over in Victoria, you might have an organised group of people go to a small 24/7 gaming venue if they see a jackpot climbing, sitting and playing the machines until it goes off, then splitting the proceeds, even though this is not necessarily a legal practice.

So, how popular are the pokies? A state study in Victoria

Even though pokie-play is often thought of as an “old person” activity, this isn’t necessarily the case. Plus, business is booming.

If we check back in with Victoria again, you can see the news that in 2018, there was a record $2.7bn loss on the pokies within the state, beating the year before’s high by $103m. The source singles out the Epping Plaza Hotel as the venue with the highest losses in the state. While this is great news for the state’s coffers, venues, and game developers, with money pouring in, it may not be so great news for all the players out there with large accumulated losses.

The Crown Casino in Melbourne also reported customer losses from their pokies machines over the 2017-2018 period of $450m, gleaned from the information of 2,682 on-site machines. Generally, the return rate on pokies machines at Australian casinos is higher than those in pubs and RSLs, so customer losses are less than at other venues.

It’s worth noting that the $2.7bn loss we mentioned earlier does not include the losses from the casino.

The tides may be turning against pokies in the state, with Woolworths and AFL clubs selling off their gaming branches, however, it’s important to note that many local RSLs rely on the pokies for income, to keep their businesses going. Without this income, the reality is that many would be forced to shut their doors, or heavily increase food and beverage prices – although cheap prices are the drawcard for many patrons, particularly retirees.

While states and their various venues and committees argue about what to do with physical pokies machines, it pays to mention that it seems poker machines’ future is at least set in the casinos of the country, if at least only for a novelty. 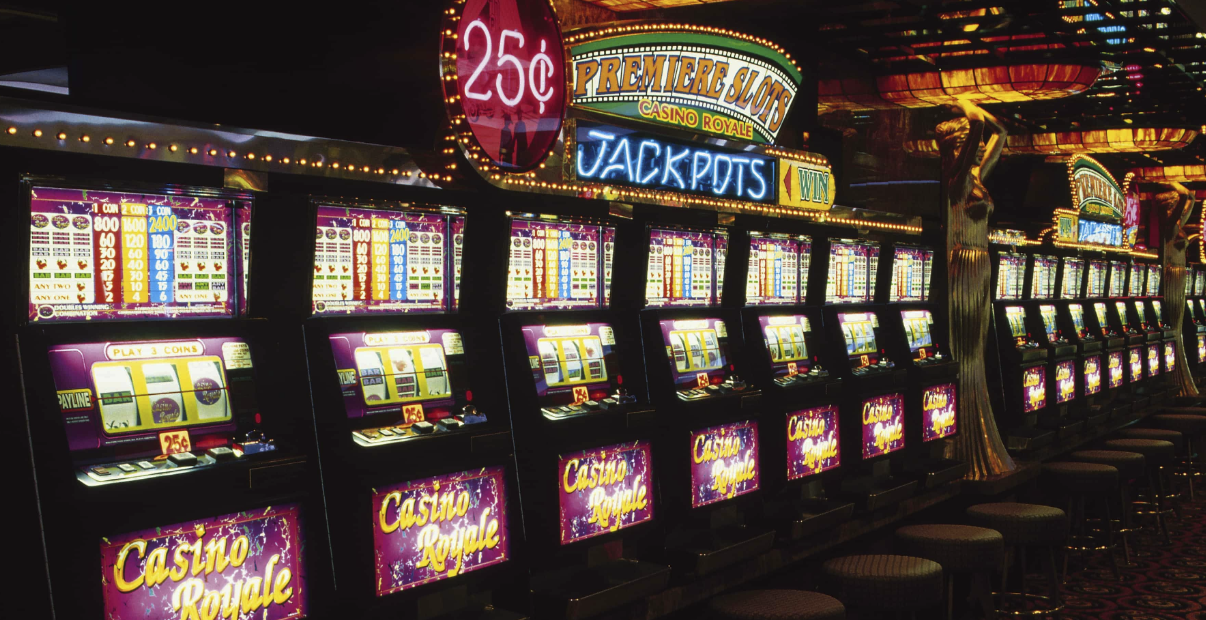 Online or off, Pokies are as popular as ever

There is also now the option for players to instead seek out the best online pokies for real money, since the graphics, sounds, and playability of web and phone-based games often rival that of what you see in venues.

Pokies aren’t going anywhere anytime soon in Australia, although the places in which we play them and the way in which we use them may change. Like anything, change is inevitable, we’ll just have to see how this particular business model plays out – if you don’t mind the pun!