“The Goonies” was one of the most popular and beloved children’s films of the 1980s. It captivated millions of young fans when it was released in 1985 and has been consistently popular through DVD sales and streaming ever since. The audiences who saw it as children during the 1980s have long since grown up, but they’ve had children of their own. They’ve since introduced their children, who will undoubtedly show it to the next generation in the years to come. There will still be people watching The Goonies for the first time twenty or thirty years from now. Sadly, it seems that the version of the Goonies that the children of the future will be watching is the exact same one that we saw when we were young.

We live in an era of remakes, revamps, and reboots. There’s barely a single popular franchise from the 1980s and 1990s that hasn’t been re-invented or re-imagined in some way or another. In recent years we’ve seen a third “Bill and Ted” movie, and we’re also getting a new entry in the “Ghostbusters” series later this year. The philosophy in Hollywood appears to be that if something made money once, it’s likely to make money again. Because of that, it’s always seemed inevitable that someone would eventually get around to making a sequel to “The Goonies.” Even as recently as last year, famed director Steven Spielberg was talking positively about the idea of making a follow-up film.

From a financial point of view, a “Goonies” sequel would make all the sense in the world. There are many ways of measuring the ongoing popularity of the concept, and we’re not just talking about streaming or DVD sales. A few years ago, a company called Blueprint made an online slots game based on the original film, using images and sound effects taken directly from the master copy. It’s still available at online slots websites like Rose Slots New Zealand and is among the most popular movie-themed online slots available at the site. The enduring success of that first slot has led to the commissioning of a sequel called “The Goonies Return,” which is scheduled to go live in mid-July this year. The fact that so many people are still willing to spend money on Goonies-themed online slots is a sure sign that there would be even more people willing to spend money on a new film or television series, but apparently, some very important people disagree with that assessment.

Despite Spielberg’s positive comments on the idea last year, there has never been a “Goonies” sequel movie in development. However, there has been initial work and pre-production carried out on a live-action “Goonies” television series for Fox. The project has been kept under wraps, so full details aren’t available, but it’s understood that things had progressed so far that a pilot episode has already been filmed. Unfortunately, it appears that the pilot is as far as the project is going to be allowed to get, and the public will never get to see it at all. Fox has reviewed the pilot and decided not to take the idea any further. It seems like a nonsensical decision based on the factors we’ve already discussed, but the strange nature of the project might be what ultimately got it cancelled. 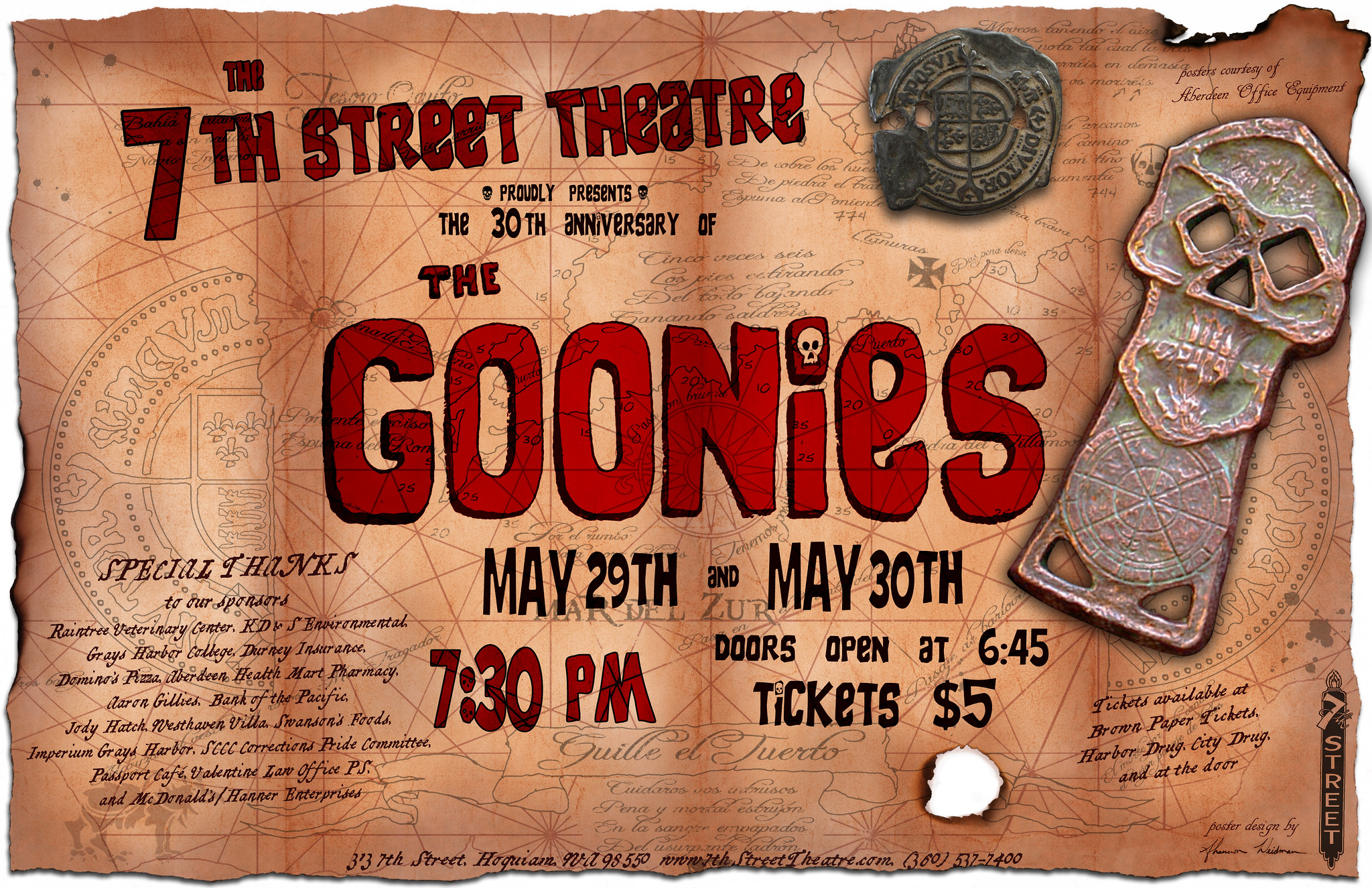 The proposed television series wouldn’t have been a precise retelling of the plot of the film. Instead, it would be the story of three filmmakers producing a remake of the film in a fictionalised setting. Conceptually, it sounds like a film-within-a-film with comic touches, perhaps similar to the Jack Black movie “Be Kind Rewind” from 2008. Amblin, The Jackal Group, and the Donner Company were all understood to be involved, with Greg Mottola directing a script written by Sarah Watson. As the plot called for a full re-enactment of the 1985 film rather than adding anything new to the narrative, it might have been harder to sell to the fans than a reboot or a sequel. In any event, Fox decided that its money would be better spent elsewhere. According to the Wrap, the funding that was earmarked for the “Goonies” project will now be spent on “The Cleaning Lady” and “Monarch” – two brand new dramas with no previous attachments – instead.

This might not necessarily be the end of the project. Now Fox has ended its interest in the as-yet-untitled series, the team behind it are free to negotiate with other networks and are thought to have kept the rights to the pilot. Netflix and Amazon Prime both appear to be willing to take risks on off-the-wall ideas at the moment and might decide that there’s a home for this one among their plethora of other programming. Similarly, it feels like new streaming networks spring up all the time at the moment – especially in the United States of America. Almost every major television network now has its own streaming service, and all of them are hungry for content. A show that already has a writer, a director, fully-formed scripts and a pilot is likely to be easier to pitch than a new idea that would need funding and development from the bottom up.

While we might not have heard the last of this television series, time has probably run out for the idea of making a proper sequel to the original film featuring the same cast. They’re all middle-aged now, and every attempt to get a sequel green-lit has failed. Sean Astin and Corey Feldman, both of whom appeared in prominent roles in the first film, pitched a ten-page treatment for a sequel in 2019 to Richard Donner, who directed the original. Donner apparently loved the idea, but it didn’t progress from there. At 91 years old, Donner is almost certainly done with the movie business. Feldman, Astin, and the rest of the cast get older with every passing year. Part of the magic of the original script was the fact that it revolved around children. Using adults in the same roles – no matter how gifted those adults or how funny the script – might not produce the same effect. For now, it looks like the closest we’ll get to any new “Goonies” content any time soon is the new online slots game we talked about earlier. We can cross our fingers about the TV series and hope that it has better luck outside the confines of Fox, but experience has told us never to hold our breath for anything “Goonies” related.