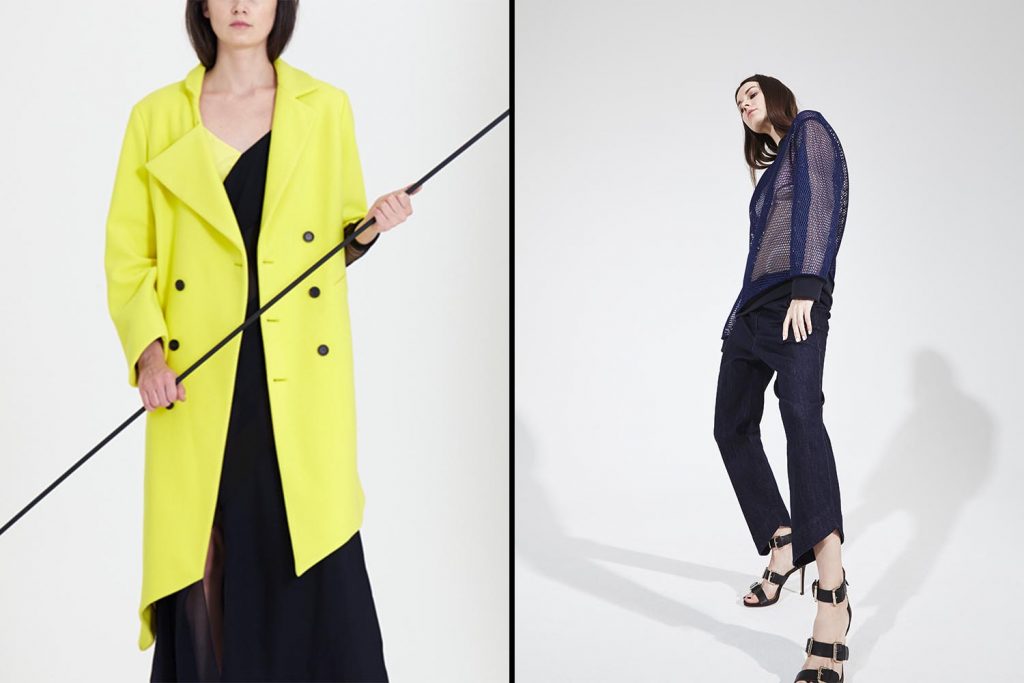 About Tamara: Tamara Raytan, a fashion veteran of New York’s fashion scene started her journey as a student at FIT with a major in fashion design and business. Upon her graduation, she had many different roles in the fashion industry of New York. Some of these roles include buying, merchandising, designing, styling, and sales.

About Sharon: I began to sew with my grandmother and it went on from there, says Sharon Ezra, a fashion designer, product manager, and entrepreneur.

After completing her military service in an elite intelligence unit, she enrolled in Shenkar College of Design, where she continued her studies at the Marangoni Institute in Milan, one of the most prestigious design schools in the world. Lectures at the Institute, advises on brands and invests her time mainly in the management of the Quattrocento Eyewear brand, which she founded, and operates from Italy and Israel.

After living in Milan she followed her heart and came back to her real home: Israel. Working from the city that inspires her most – Tel Aviv and being a part of Israel’s Creation & Innovation Ecosystem.

Our predictions are based on a wide range of research including social media patterns, influencers, and bloggers. Beyond that, Fall ’18 Runway Shows (both couture and ready-to-wear) have shown us that the following trends will become popular in the upcoming months

I wanted to talk about yellow as a trend for winter and spring. During a period where black is everywhere and everyone is imitating looks on social media, people are looking for a way to stand out. Yellow has been that color that really stands out and its powerfulness makes you always do a second take.You can’t avoid it and it also gives you a sense of joy, confidence and will rock any look. It’s a color that starts a conversation, perfect for the networker or the person who wants to attract others.

It used to be a total no-no to wear black and blue together but fashionistas everywhere are embracing the look of black and blue, this is where Midnight blue comes in. It’s a mix of black and blue, not quite navy and not quite black, but it is extremely saturated and bold. Also, it is so close to black that it can be worn for situations where black is a must like formal events.