A late night visit from Sheriff’s detective Jaye Winston. A case that was going nowhere, threatening to go cold. The video tape. The plastic owl, now missing, not entered into evidence. Then an allegation against a friend. All are part of a macabre journey.

It is not simply a case of reviewing the evidence for former FIB Criminal Profiler Terry McCaleb. There is something more going on here and McCaleb wants to get to the bottom of it. But this turns into a personal challenge for the former investigator as he is still recovering from a heart attack. His wife Graciela is very concerned for his health. But Winston’s case is going nowhere and she doesn’t want to let it slip away. 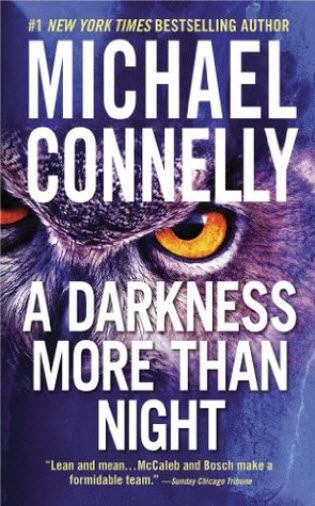 What did a lead LA detective, Harry Bosch have to do with this? It was not his jurisdiction. Why did his name keep coming up? Not the name everyone knew him by, but the name he was born with, Hieronymus Bosch. What did all this have to do with the murder of Edward Gunn on New Year’s day.

Bosch was busy giving evidence in a high-profile murder case. It was headline news, covered on live TV. The case against film producer David Storey at the Van Nuys courthouse. Accused of murdering an actress in a brutal manner. The coincidence was all too much to pass over. Bosch’s name is entered in the notebook. It needed following up and further investigation. They would need to find out more.

What did the detective know about this case? What did he know about the victim? Bosch was notified whenever the victim spent a night in the county lockup. Normally for drunkenness. What was going on? Why all the suspicious behaviour? Was he notified the night of the murder? Police officers don’t believe in coincidences and there were too many lining up here.

A curious phrase, in Latin. Then the question returns, once again, to the owl. What is the significance? Was it as simple and symbolic as seeing through the darkness? The it was discovered on a rooftop, overlooking a scene of interest to investigators. Was the murderer playing with their minds? But it all related to an historic artwork, something macabre. 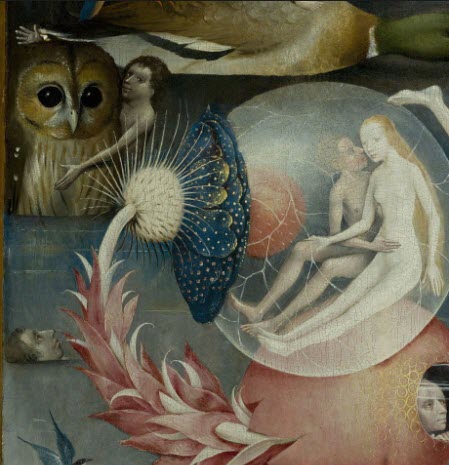 As lead detective, Bosch’s hands were full organizing evidence for the Storey case. It was inconceivable that he was part of the plot. He had too much to lose. Or is this a case of misinformation?

What has former cop, turned bail bondsman Rudy Tefero got to do with it all? What McCaleb knows is that he introduced Storey to his lawyer, J. Reason Fawkes. This was to be the trial of the new century, as high profile as O.J. Simpson’s had been in the 90s. Fawkes seems to have an ace up his sleeve, leaving cross examination till presentation of the defense case.

The name Hieronymus Bosch again! But this time, not the detective, a macabre medieval artist on the same name. The picture depicts evil and the darkness of the human soul. To the artist Hell was a common subject. One other aspect, an owl watching the ungodly scenes. Debauchery of the foulest kind. Gruesome murders. Then again, that Latin phrase. But the connections keep adding up, and pointing in one direction. But could it be that simple?

Of course when there is an allegation of this type the FIB get called. But nothing was good about the timing as they march in and assume control. At a time when McCaleb was making progress. FBI agents seeking to interview Bosch in the middle of his trial, who gives then the cold shoulder. He has a reputation of being cold, hard-nosed and obstinate.

Then a busy-body reporter, who is trying to rebuild his reputation. Relegated to reporting for a weekly paper, he wants to return the the ‘big leagues’. Anxious to report a story he had been tipped-off about. But where did the tip come from? McCaleb suspected a friend. Would the friendship last?

The truth about this case was, how it became unnecessarily complex. Was this deliberate? A macabre murder. Twisted so much that everything was misunderstood. A clever murderer that knew police procedure. This was a deliberate plot, all pointing at one man, the least likely suspect.

A Darkness More than Night is one of the best novels in the Bosch-MacCaleb-Winston series. The story is gripping. Michael Connelly expertly guides the reader through all the clues. Examining each in detail along the way. Connelly, well known for the Lincoln Lawyer Novel, which was turned into a great film on 2011 staring McConaughey as the good-bad lawyer. Connelly’s lead characters are rarely the normal, archetypal good-guy. They have more soul, a troubled side.

It is the same here. Bosch has always been a troubled detective. Undisciplined? Arguably so, he was once suspended for hitting a superior officer. Possessing a certain grit, he is also known to get the job done. That made him lead detective. He’d be the first to admit that he is not very diplomatic. Does he have reason to murder a man in a West Hollywood apartment? This is the question at the heart of this case.

Do you fall for the red-herring? That has to be the one thing the reader has to be on the lookout for when reading any detective novel.


This post contains affiliate links. Affiliate disclosure: As an Amazon Associate, we may earn commissions from qualifying purchases from Amazon.com and other Amazon websites.