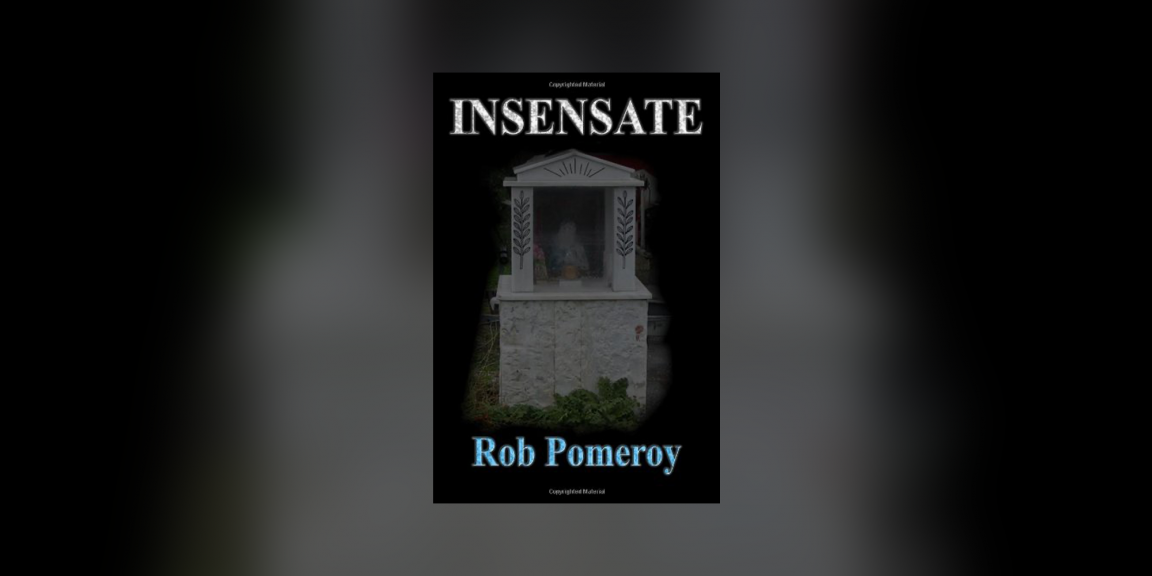 Insensate by Rob Pomeroy is a tale of love, discovery and faith wearing the trappings of an adventure novel. The story follows the life of Jonathan Fenton, possessed by a mysterious gift since birth and unaware of what this gift will mean for his future. Jonathan enjoys a fairly normal life, going to University, falling in love, working at a boring job each day, and he keeps his talents hidden from everyone but his parents and his wife.

All of this changes in the blink of an eye when an accident exposes Jonathan to those who have been searching for him. Grateful to be alive, Jonathan is nonetheless now worried about new dangers that he had been blissfully unaware of before.  A tangled web of deceit and power struggle surrounding his existence has been going on unbeknownst to Jonathan for all of the years that he has been alive. Revealed to those who seek to harm him, Jonathan is forced to fight for his life and learn to survive in an alien world.

Disheartened by the death of his wife, and hopeless about his chances to alter his own fate as well as hers, Jonathan stumbles through the true world of his birth.  He does not know that he is making himself known to all who are hunting him until it is too late.

Caught and tortured by those who wish to end his influence over the future, Jonathan discovers the true extent of his powers. He does not yet know how to harness them for useful actions, but he is beginning to discover that he has been hunted because he is the savior of his people that has been prophesied about for centuries. Guided by the helpful wisdom of his God, Jonathan escapes and saves his fellow prisoners.

Freed and connected with those who can train him in the ways of his powers, Jonathan begins to learn how special his skills are and how they might help to save this other reality of his birth. As his birth parents attempt to turn the tide of public opinion, Jonathan embarks on a quest to kill the man who has been hunting him. Returning triumphantly to his new family with news of the defeat of his nemesis, he discovers with sadness that the enemy he was forced to defeat was his own brother.

With his birth realm safe and his true nature discovered, Jonathan attempts to find his footing in this new world. He mourns the loss of his wife and feels that there is no need to return to Earth. He realizes ruefully that he will have to learn an entirely new way of living and he feels a sense of defeated fatalism about this truth.

However, his mother brings him a message from their God, telling him that he is free to return to his old life and rejoin his wife. His new mission is to guard the humans he grew up with.  In a charming twist that feels satisfyingly like a superhero tale, Jonathan returns to the life that he left, prepared to become the hero that he did not know that he was destined to be until an accident turned his life upside down.

This is a great story in the style of familiar superhero tales but with an added philosophical depth that is often absent in comic book style adventure stories. The depth of emotion that Pomeroy is capable of creating through the words and actions of his characters stays with the reader long after the book has been read. This is a moving story that asks interesting questions and is a must read for fans of fiction and comic books alike.