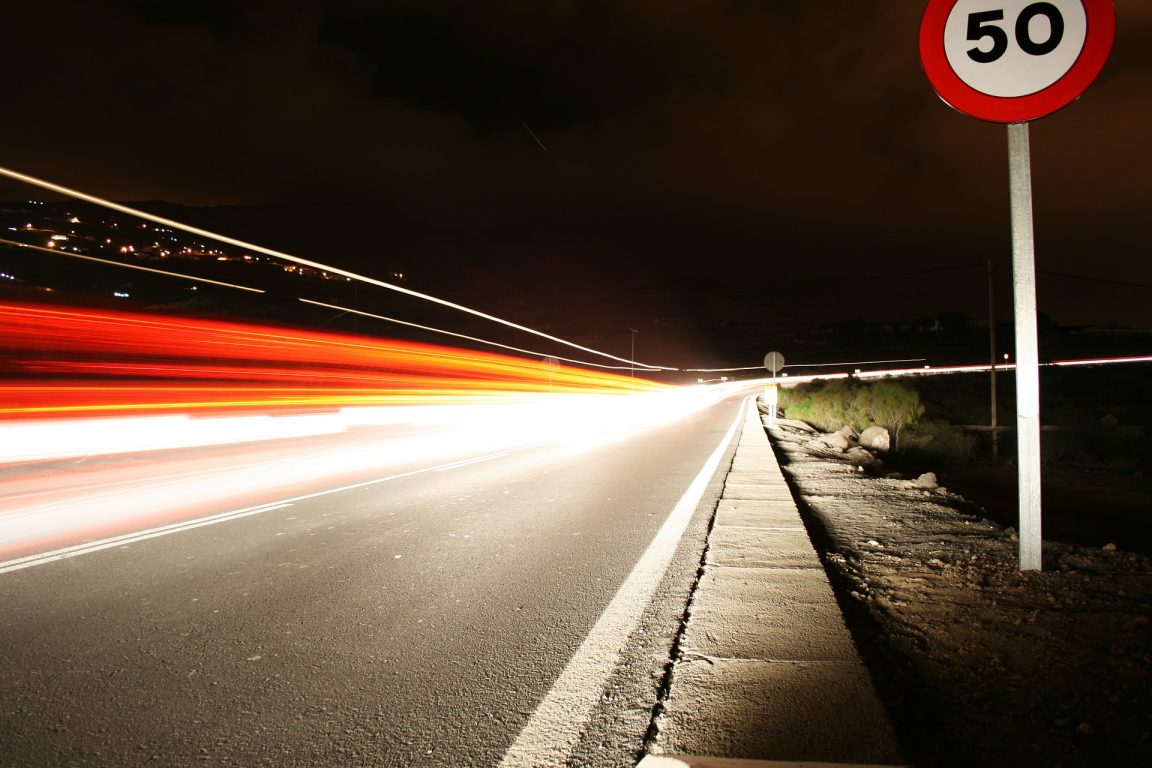 Speeding is a big issue in the UK, despite the fact there are at least 14 types of safety or speed cameras present on our roads. First introduced in 1861, speed limits are designed to help with road safety and, while it’s not just speed that’s causing crashes — a new ‘yellow vulture’ speed camera that can detect if you’re on your mobile phone has recently been unveiled — there are almost 20,000 casualties on British roads each year due to vehicles speeding. A quarter of them are classed as being serious too.

With the rise of black box insurance plans bringing a closer focus on what speeds you can travel, here, alongside Ford Transit Custom dealers, Lookers, we take a look at what speeds you’re legally allowed to travel and where, as well as speed restrictions on certain commercial vehicles.

For built-up areas, you mustn’t go above 30mph, and in many cases nowadays 20mph where stated. The 30mph limit was reintroduced over 80 years ago, but there are calls to lower it everywhere to try to protect us further. When it was introduced in 1934, although there was one-tenth the number of cars on the roads as there is today, the death tolls were four-fold.

With 43% of all speeding accidents caused on A roads, it’s perhaps important to understand exactly what speed each vehicle can travel. Here, depending on your vehicle, the speed limit differs. For a normal-size car, motorbike or car-derived van, the cap is at 60mph on a single carriageway and 70mph on a dual carriageway. However, if your vehicle has a trailer attached, you must lower your speed by 10mph.

In the UK, the M6 is said to be the deadliest motorway, with 160 deaths in the last 10 years. The M49, which covers the Bristol and Gloucestershire area, was found to be the safest.

For most vehicles, 70mph is the limit on a motorway in the UK. However, it does differ and drop to 60mph if you are towing a caravan or trailer, driving a bus/coach over 12 metres long, or driving a heavy goods vehicle of over 7.5 tonnes.

When there are roadworks taking place, you’ll often be informed of a change to that road’s speed limit. These are put in place to help the traffic flow continue, as well as ensure vehicle safety for you, other road users and indeed those working on the road. You must adhere to these signs — often placed above or at the side of the road.

While rare, there are sometimes round, blue road signs that have a number inside. This represents the minimum speed you must go in this zone. They are usually found in tunnels where slow traffic could be a hazard.

Some vehicles are required by law to have speed limiters fitted, including those that can carry more than eight passengers and those with a maximum laden weight of over 3.5 tonnes. They work by the fuel supply being restricted to the engine once the vehicle reaches its maximum speed. This ensures that the mobile isn’t able to reach — or break — a speed limit.

For buses, coaches and minibuses, speed limiters are set at 62mph, HGVs – depending on class – are set to 56mph or 53mph, and mopeds 28mph. You can purchase speed limit stickers for your vehicle so that cars behind you are aware of your top speed.

While we should know our speed limits, be sure to keep yourself up to date with any changes. This way, you won’t find yourself speeding and – at best – being out of pocket due to a fine and points being put on your license. Remember, a speed limit is exactly that — a limit, not a target.