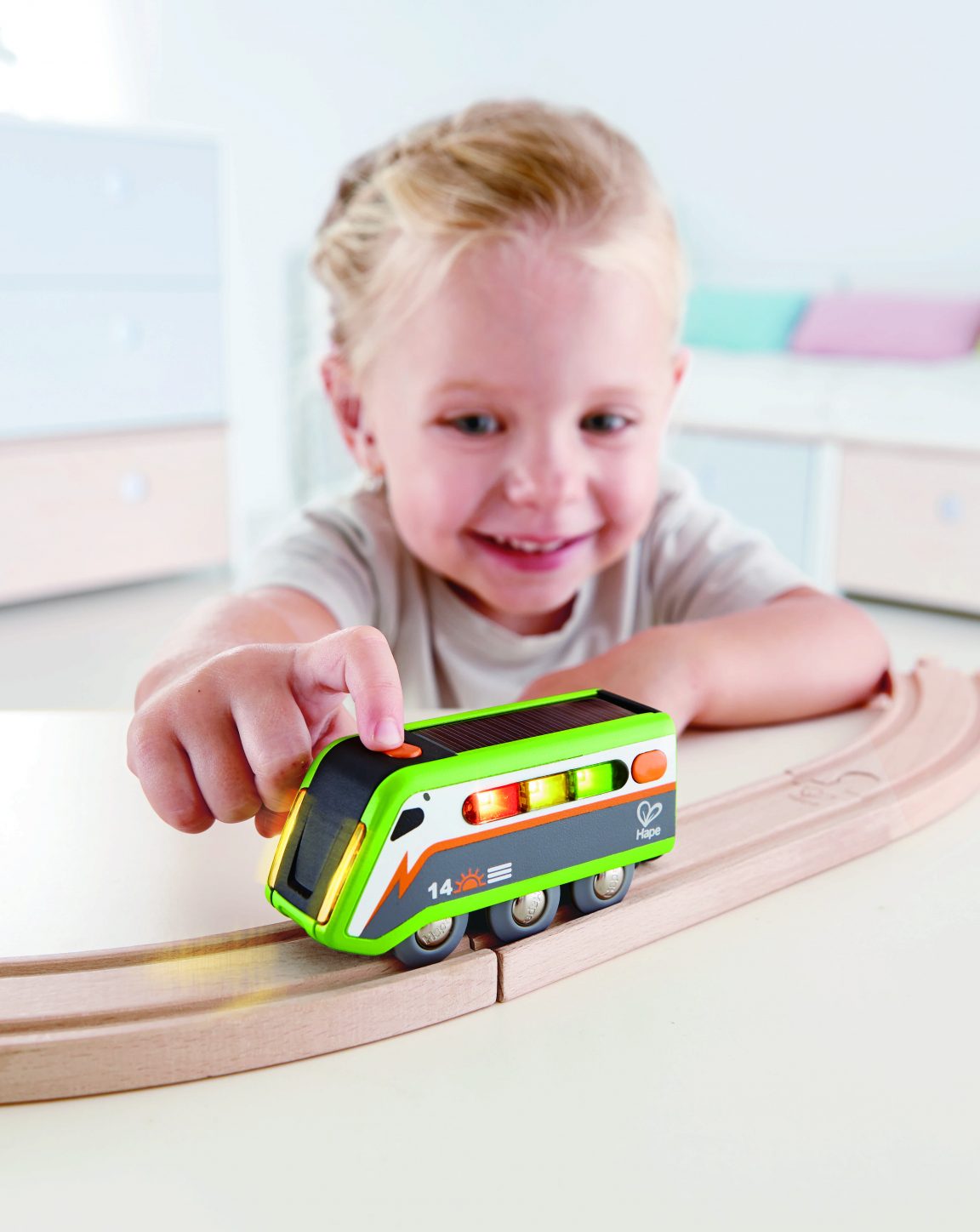 No railway set is complete with an almighty train, right? For charming and characterful railway play look no further then Hape for an extensive range of engines for first class preschool play. 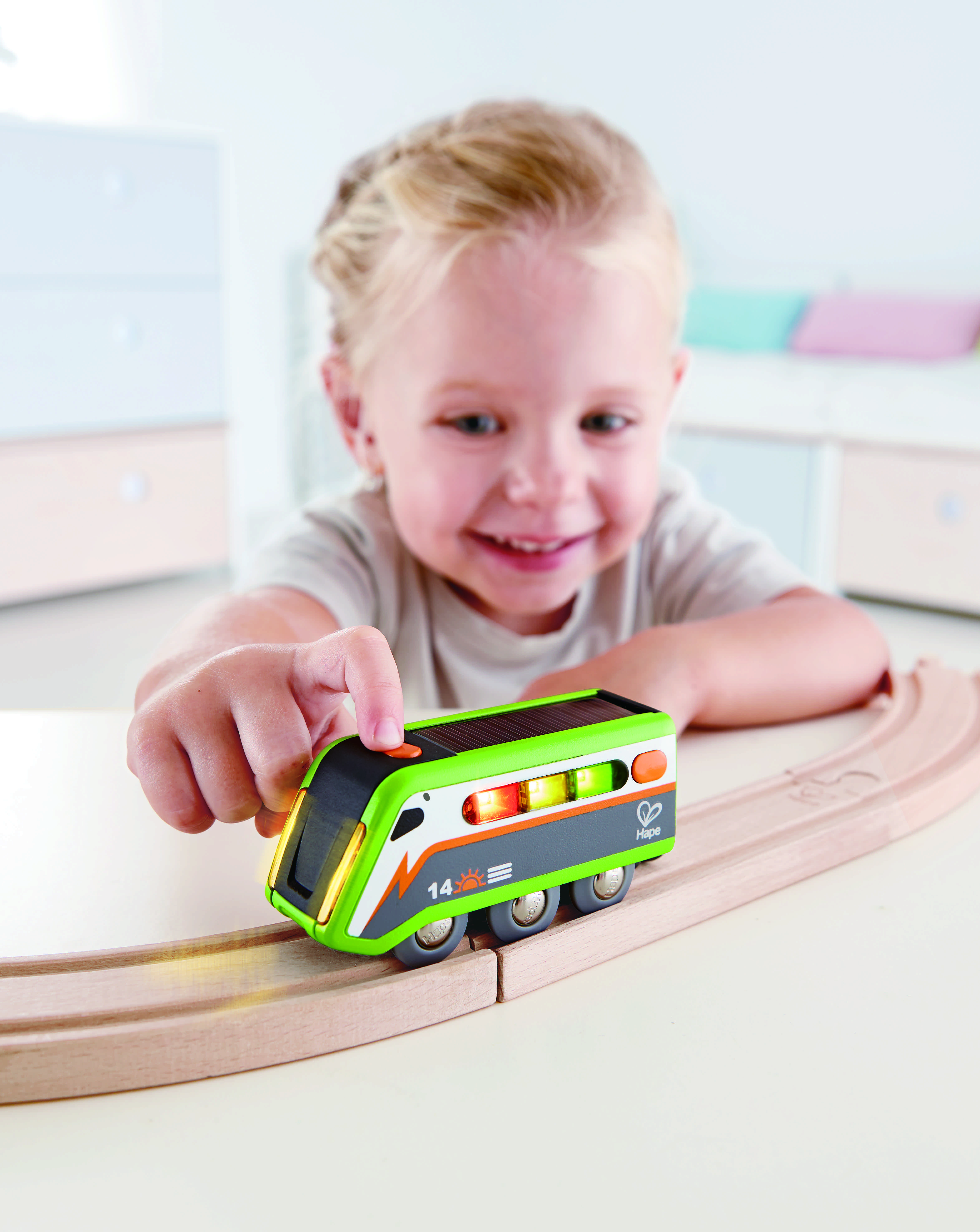 Don’t you just hate the fact everything needs a battery in so many children’s toys today? Batteries no more thanks to the Solar Powered Train from Hape. This clever engine has its own solar panel that generates enough electricity to power its lights. Watch it go, shining brightly as you push it along the tracks! 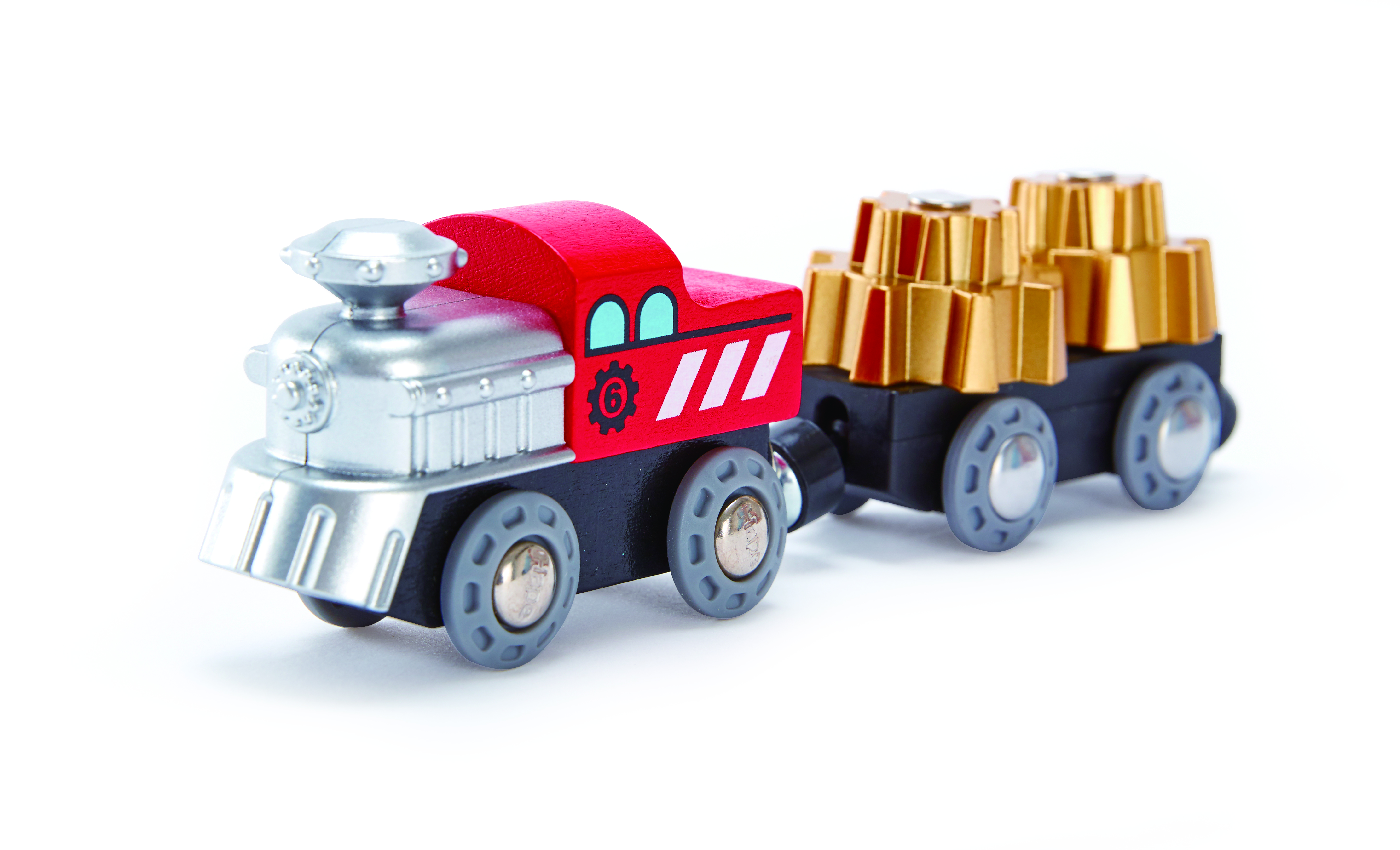 As you push the Cogwheel Train from Hape down the track, the cogs on its charming little wagon happily spin around for a truly dynamic and fully immersive play experience! For additional play value on such a compact toy the two cog sets can also be removed for loading and unloading, just like the movement found in a real life working mine where this train may inhabit.

Push this Diesel Freight Train from Hape along the track to transport your precious cargo to market! Each of the train’s two freight wagons are jam packed with blocks of coal ready to be picked up. Combine with other accessories in the Hape preschool railway range to really expand upon your railway adventures! 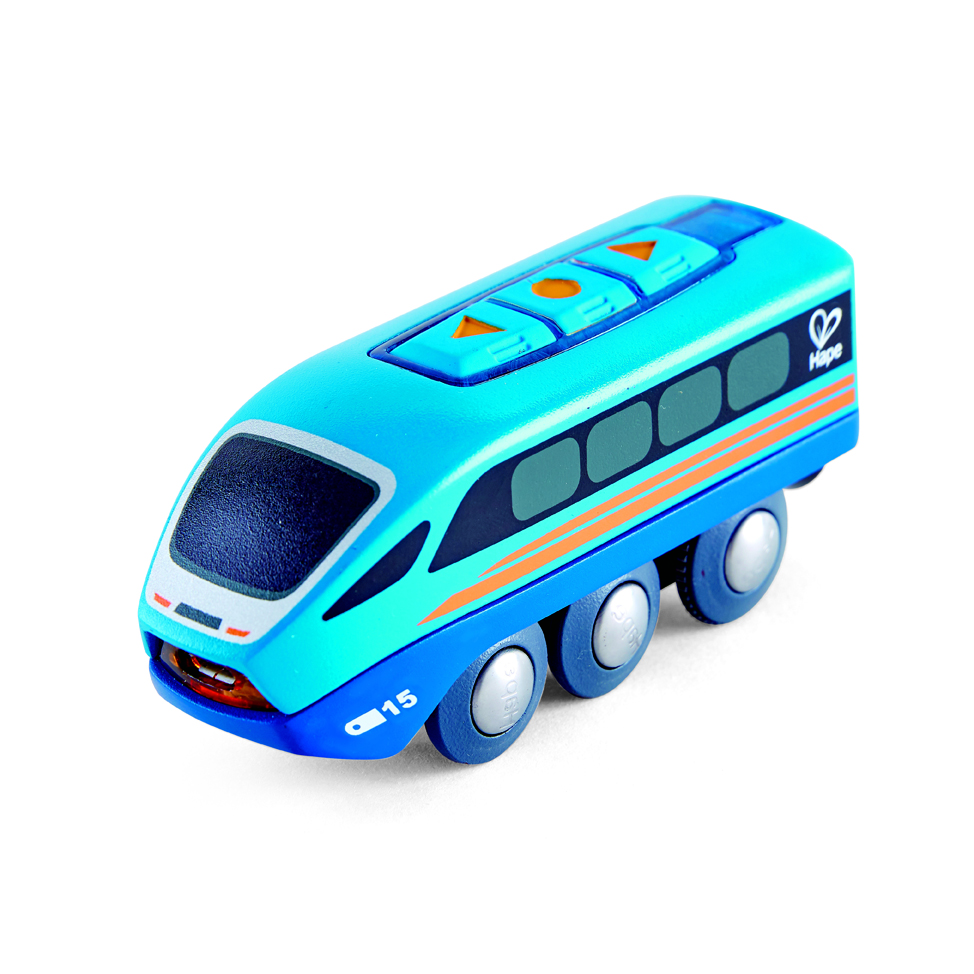 The humble train gets an upgrade with this rather modern looking Remote Control Train from Hape. Use your mobile phone to really appreciate all of this trains fantastic functions, to move forward, back or to stop. Establishing the concept of technology, the train even comes with a free Bluetooth phone app that lets you play five realistic train sounds. 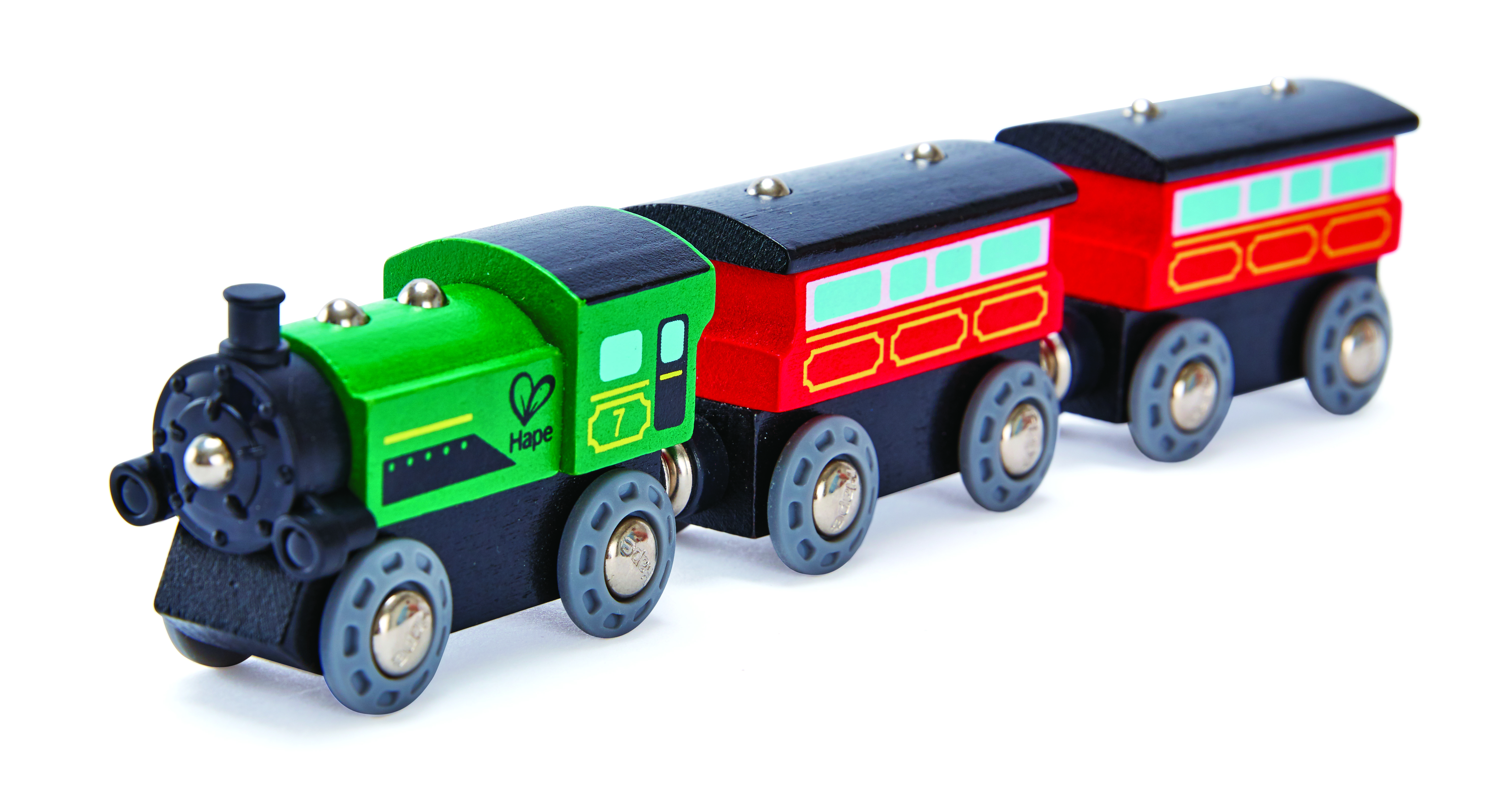 As the clock strikes 8AM and the hussle and bussle of rush hour gets underway, push your little Steam-Era Passenger Train from Hape with its classically painted exterior, over the bridge and through the busy city centre, guiding your little train around and about to ensure all your passengers get to the office on time. 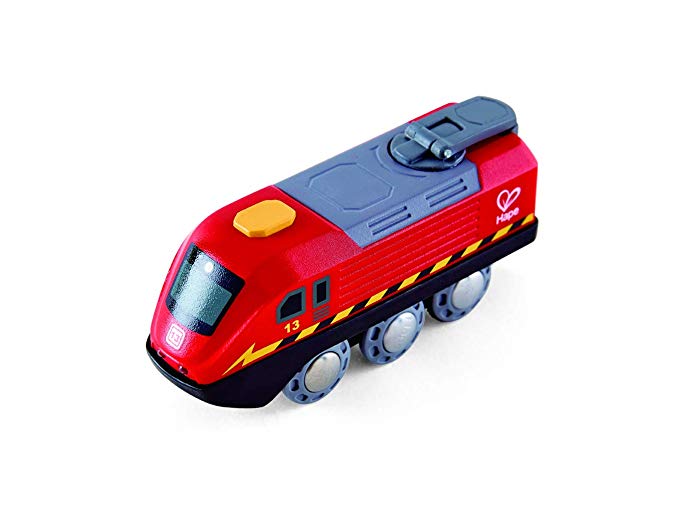 Watch me go! Turn the crank on top of this clever little Crank Powered Train from Hape to generate and store enough power to drive it down the track. Move forwards, reverse or stop using the button on top of this brightly coloured cherry red little train. A great resource for understanding how energy can be created and transferred.