Tourists flow into Asia with a desire to learn about the continent’s ancient civilizations. Masterful works of architecture have been preserved from the past for our benefit. If you’re interested in iconic Asian architecture and the best Asia destinations, look no further!

Temple of Angkor Wat in Cambodia 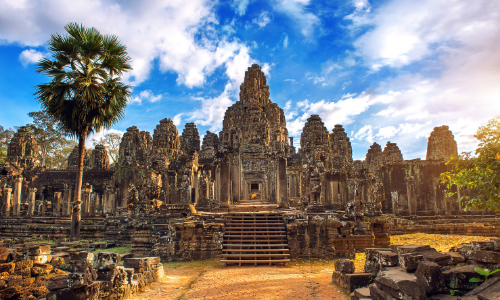 Angkor Wat was built in the 12th century by King Suryavarman II to serve as the capital of the Khmer Empire and a temple of worship for the Hindu God Vishnu. Angkor Wat eventually became an architectural palace for the expanding Buddhist philosophy. The temple sustained damage when a fight broke out between the Khmer regime and anti-government forces. It still stands today, only a fraction of its former self, but remains one of the world’s greatest religious monuments.

Bhutan is a land-locked country located east of Nepal, a nation of glorious temples and dzongs. Dzongs, fortresses specific to the Tibetan mountains, are monasteries built in the style of flat rooves, classic Tibetan prints, and high ceilings. The Tiger’s Nest Monastery seems to grow out of the Tibetan mountainside, overlooking one of the most dramatic landscapes in the world. The trail leading toward the monastery is covered in brightly colored flags, a testament to the hospitality and spirit of the Bhutanese. 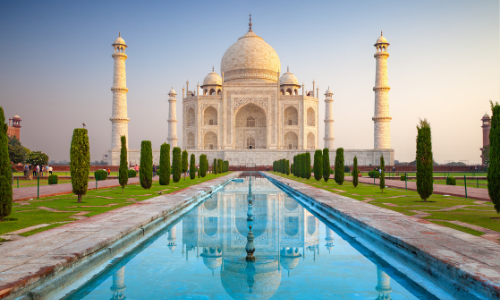 The Taj Mahal, a cultural focal point of the entire nation, encapsulates an era of Indian prosperity and splendor. The towering, marbled icon was constructed between 1631 and 1648 by Emperor Shah Jahan as a mausoleum to immortalize the memory of his beloved wife, Mumtaz. Everything from the horticulture to the gleaming stone domes took the special skills of nearly 20,00 artisans and represents the synthesis of Indo-Islamic architecture. 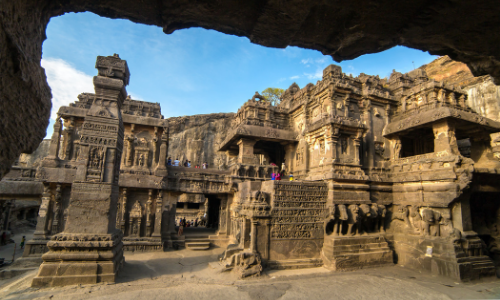 The Kailasa Temple is part of the Ellora Caves, a UNESCO World Heritage site that boasts a collection of cave structures carved into a high cliff in India’s Maharashtra region. These temple sanctuaries date back as far as 600 A.D. and are devoted to the sanctity of the Hindu, Jain, and Buddhist faiths. The Kailasa is the largest architectural monument built from a single rock. Its construction varies from its sister structures because it was built downward into the rock, exposing it to sunlight.