Something that is still hidden under the cover for many of us: “Sunlight is vital for our health and wellbeing”

The fact is often ignored that the ultra-violet rays emerging from the sun are an effective ingredient to stir a healthy lifestyle. Unfortunately, our lives have gotten so stuck with everyday chores that people are actually ignoring the vitals. They are compromising on the most vital factor i.e., the sunlight. Lack of sunlight works more like a trigger for a human body escalating several health problems. 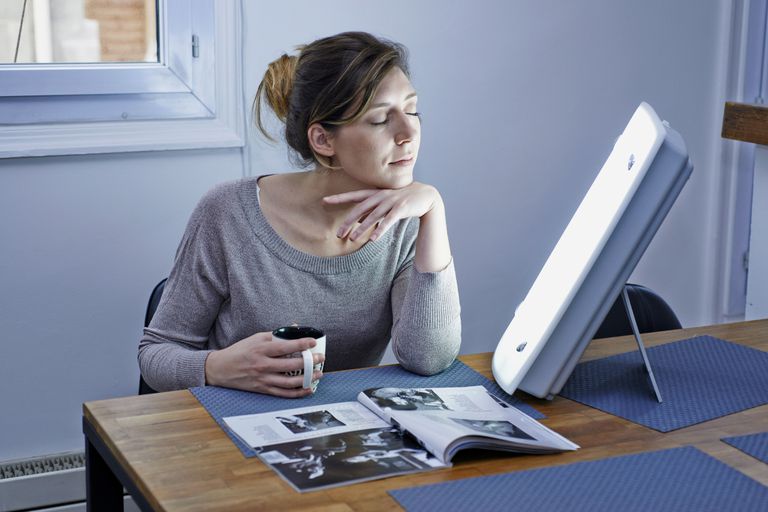 Light therapies have been enough modified in the last few years. Now, we are living in the age of energy and mood-boosting therapies via serotonin rapid secretion. Not only this, but the list goes down to light therapies for sleeping and enhancing focus at both, work and home.

How light therapy helps you?

Lack of sunlight or natural light deprivation can be disastrous to your health beyond expectations. This is because they play the main card for keeping your bodies harmonized with the day and night routine.

What a person don’t usually bother is:

Any minor disruption or lack of natural light can exert extremely negative impacts on your overall wellbeing within a glimpse of an eye. The consequences are seen in the form of various health issues starting from sleep disorders and crawling down to seasonal affective disorder, dementia, depression, and winter blues. Light works the same way for our bodies as exercise and meditation. It benefits our overall health and regulates internal biological processes.

However, unfortunately, man of twenty-nineteen is not healthy anymore. The culprit is the busy routine and less exposure to natural solar lighting.

In a nutshell, natural light is responsible to regulate your bodies’ internal clock – the circadian rhythm. Nevertheless, any disturbance in it is countered with light therapy. Hence, the concept is of prime importance.

Light therapies are widely famous for treating depressive disorders. May it be of higher intensity flowing in your brain cells as a genetic disease or something as minor as triggered anxiety from a certain experience, light can actually do wonders to your mental well-being?

There are several types of depression ranging from seasonal affective disorder to postpartum, antepartum, and many in between. It is sub dived into five classes of:

No matter whichever you are a victim of, all of them can be treated with two types of light therapies: the red light therapy and the bright white light therapy. These lights are known as one of the healthiest lights that are more like a territory defending depression via subsiding and treating the emerging symptoms.

Now the question arises that how it is done?

Well, as the world knows, typically the bright white light works as one of the energy-boosting source for a human being’s body. The science goes deeper into the secretion of hormones i.e., the exposure to bright white light accelerates your melatonin secretion making you alert towards daily life. This indirectly influences your productivity and subsides the symptoms of depressive disorders to a great extent.

As the name implies, winter blues or more often called “winter depression” occurs within the winter season. This is a type of depression that is assumed to be seasonal affective disorder underlying the sugar quoted name.

Winter blues tend to show up their symptoms at any time between December to February. Whereas, SAD is found to affect people of all ages by the mid of August or September, at last.

However, that’s not the only difference: SAD patients tend to knock down their relationships and workflow when suffering through it. Contrary to that—winter blue sufferers doesn’t bang their head on anything. Instead, they tend to manage everything going around even when they are not enjoying it to its fullest.

Winter blues can be best treated by using bright white light therapy. There are brands featuring bright white lights especially for treating the winter depression. The science came up with a technology that mimics the natural bright white rays of sunlight to ensure that the biochemical processing in the human brain continues to be normal even when he is not exposed to sunlight due to living in the northern hemisphere.

Seasonal affective disorder is just another type of depression that occurs due to the seasons’ variations. The prominent side effects are as follows:

Note: these symptoms can vary from person to person and even winter to winter.

Digging out the symptoms, it has been discovered that light is the only factor that can trigger this depressive disorder in one’s body. Human bodies hold a hormone called serotonin a.k.a the “happiness hormone”. It is released in a sufficient quantity when a person is exposed to the bright rays of sunlight at the right time of the day and yes, within the sufficient quantity. Anyhow, witnessing the fact that lives are busier now, having no time for sun exposure, there are light therapies that can actually balance the serotonin quantity in the body eradicating the symptoms of SAD. 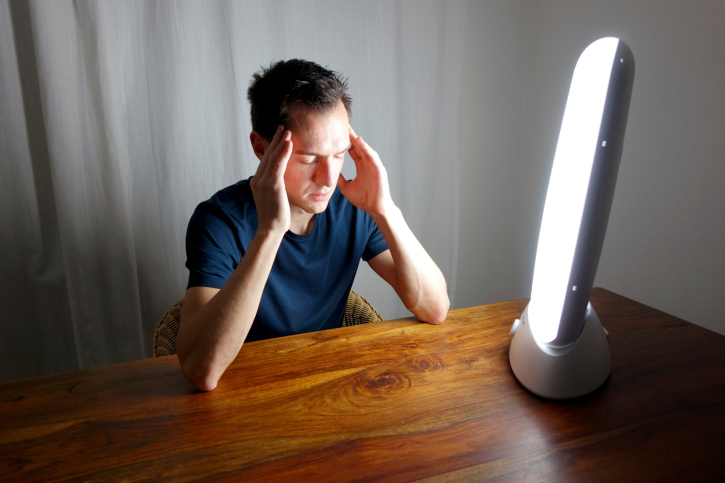 For the ones who are already facing any of the above-stated symptoms, it is best to get a bright white therapy light to subside the emerging causes. These lights are full-spectrum lights mimicking the bright effect of the sunlight in an order to boost serotonin secretion to have a reasonable sleep-wake cycle and energy level.

SAD sufferers are best advised to expose their bodies to bright white light with in the early morning hours, typically before heading to work/on the breakfast table to let the quickest outcome lead the game.

Did you know? Lack of serotonin does not only affect one’s mood but it also falters the energy level.

Light does more than one thinks. It does not only impose psychological effects. Instead, it does regulate our physical wellbeing via hormone secretion. Light therapies are hyped these days due to their proven health benefits. Now no matter whatever is happening to your physical health and wellbeing, do consider a light therapy to treat it first.

Afshan Basher Aly is a guest blogger with a passion for health and wellness topics. She regularly writes about the benefits of circadian lighting, and the benefits of Brilli lighting – a USA based wellness company.