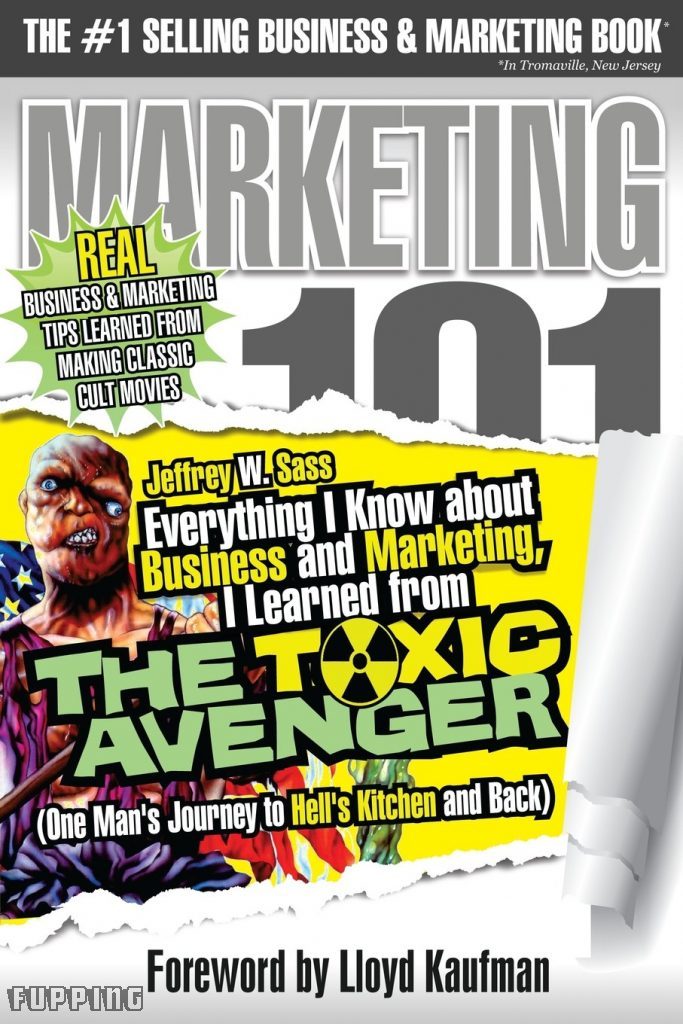 Today I am an accomplished CMO, but I attribute much of my success in the C-suite to my experiences making B-movies for the legendary studio, Troma. Fun Fact: when I left Troma in 1994 they hired a kid to replace me named James Gunn… yes, the same James Gunn behind the successful GUARDIANS OF THE GALAXY movies – who also attributes Troma to giving him his start in the movie business. So, if I hadn’t quit Troma…

The marketing and branding lessons in the book are things that can and should be applied to any business in any industry, but they resonate well when wrapped around my firsthand experiences making wild and crazy low-budget action/horror/comedy films.

About: Jeff Sass, Chief Marketing Officer, .CLUB Domains and author of “Everything I Know about Business and Marketing, I Learned from THE TOXIC AVENGER.”

Jeff has over 30 years of experience in the technology and entertainment industries and has co-founded several start-ups including mobile commerce pioneer BarPoint.com in 1999. Jeff joined the .CLUB team in March 2012, and has led the company’s marketing efforts throughout the process of acquiring and launching the .CLUB top level domain.  Previously, as Vice President, Chief Evangelist at Myxer from 2007 to 2012 Jeff played a significant role in growing the mobile entertainment company into one of the top 15 mobile websites in the U.S. He is a Co-Founder of EntrepreneurWiki, and Social Object Factory. Jeff has also written and produced for film and television and has a deep understanding of the content business that is unique for a tech executive.

A graduate of Cornell University, Jeff is a frequent speaker and panelist on domain names, mobile marketing, digital music, entrepreneurship and social media. He has been an online instructor for the University of San Francisco’s Mobile Marketing Program. Jeff has had articles published in AdAge, Forbes, Entrepreneur, DMNews, Mobile Marketer, iMedia Connection and others. He was a co-host of the Cast of Dads podcast and has written regularly for a number of blogs including Dadomatic.com, SocialNetworkingRehab.com, and his personal blog, Sassholes! He also served as an Intel Advisor and Sony Digidad and is currently a member of the board of directors of The Domain Name Association (TheDNA.org).