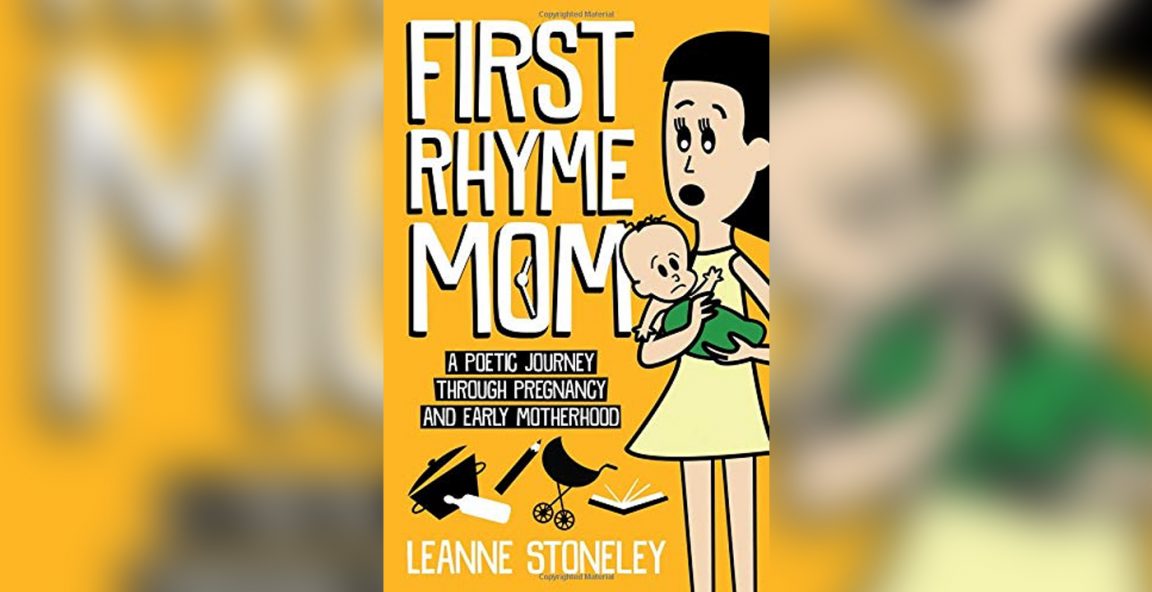 United Kingdom – As a new mother, Leanne Stoneley regularly found herself up in the middle of the night discovering exactly what “breaking point” really meant. It wasn’t until she opened her laptop and began documenting her new life through poetry that Stoneley realized the full and wonderful extent of the experience she was living through.

This project has since turned into ‘First Rhyme Mom: A poetic journey through pregnancy and early motherhood’ – the first in a new series of poetry books for parents, grandparents and soon-to-be-parents everywhere.

It’s a collection of frank, humorous and heartstring-tugging poems about pregnancy and early motherhood, composed in real-time by a woman living this most intense dream.

HUMOROUS, HONEST, HEARTFELT: A poetic journey through pregnancy and the first six months of motherhood. Split into two sections – pregnancy and early motherhood – this collection of 40 poems covers topics, such as: announcing a pregnancy, giving birth, the lack of sleep, the highest and lowest emotions felt, the mommy social world, weaning, the funny bits, having ‘me time’, as well as a whole host of other things pregnancy and early motherhood thrust upon us! Written in a thought-provoking, original and relatable way, this collection is the perfect companion and keepsake for every parent and those soon to be. This is the first book in the ‘First Rhyme Mom’ series.

“My ramblings on my laptop slowly became poetic, and I began to realize that this cathartic experience would be of value to others,” explains the author. “Writing really helped me gain perspective on what being a mother really meant, and how these sleepless nights and moments of frustration fitted into a bigger picture. I hope it has the same effect on my readers.”

Continuing, “This first volume concludes when my daughter is six months old, and volume two will explore the period up to her first birthday. She is now eight months old, so the second volume is still in production, and I’ll keep writing in real time. Suspect nothing and expect everything – as being a mother is a job that never ends and has no rules!!”