Everyone loves a trip to the beach—but what makes a trip unusual, or even magical, depends on which ones you visit. While we’re used to the silky white sands along our native shores, nature can sometimes have a creative streak. These unusual colored beaches will have you itching to go see them in person. 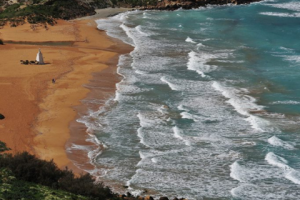 Noted as the best beach on the islands, locals refer to Malta’s Ramla Bay as the “Red Sandy Beach” though the sands are more a fiery orange color. With prime snorkeling conditions and the near-by Calypso Cave which is free to explore, visiting Ramla Bay is truly a unique experience. This beach’s size and natural beauty have visitors from all over the world flocking to stand on its sun-kissed shores.

Hidden down an unmarked road, Pfeiffer Beach is the favorite spot of many locals. Despite its secluded location, the beach sees many visitors wishing to get a glimpse of the purple sands streaking the land. This area is also well-known for its stone arch, beautiful dark contrast against the bright California coastline. 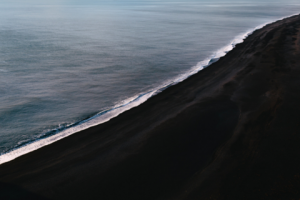 For any traveler wishing to see what nature has to offer, Black Sand Beach or, as the locals call it, “Reynisfjara” is definitely a sight you’ll have to see to believe. The silky black sands in contrast with the near-white sea give the onlooker a surreal experience that you won’t find anywhere else. As breathtaking as this site is, it’s also important to note that it can be dangerous. The rolling waves of the area tend to be violent and they often push farther up the beach than visitors expect. Locals warn visitors to never turn their backs to the waves and keep at least 30 meters away from them. 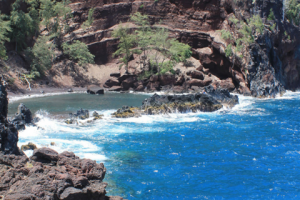 This extremely isolated beach isn’t as popular of a tourist spot as one would think. The jagged cliffs and recent landslides have eroded the trail into an uneven path with slippery and unsound footing. If you do decide to visit, exercise caution. Though as treacherous as the path is, the beach itself is truly a sight to behold. The hidden cove among the cliffs is sacred for both its beauty and its symbolism to local culture. 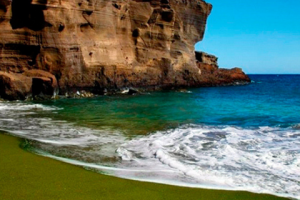 Colored green by the mineral olivine, this beach is one of the four known green beaches in the entire world. Olivine’s formation involves hot lava coming in contact with the cold seawater, resulting in this seemingly unnatural color. Though the local area surrounding this unique beach isn’t known for its tourism destinations, the beach itself is a surreal sight.